We were born as farmers, miners in the granite mines, workers at the blast furnaces, fishermen, small priest in the seminary of Massa Maritima or forestry workers, the charcoal produced.
Our simple meal consisted of vegetable soup, “Panzanella”, grilled fish, boiled octopus, goat meat, figs or cake made with chestnut flour.
Since then we have changed a lot, but we won’t forget that we have a history and a culture from which we can draw ideas and suggestions. Our mountains are rich in stories of ancient civilizations, our independent ‘farming culture’ poor, but full honor.

The unspoilt nature and hospitality of our time has shaped us. 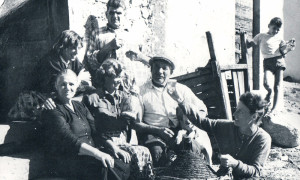 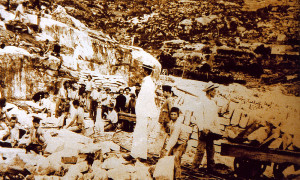 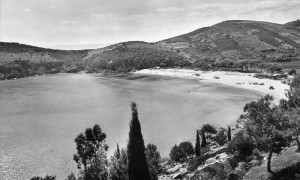 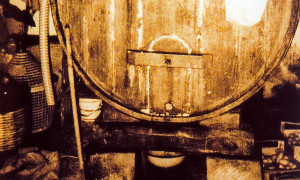 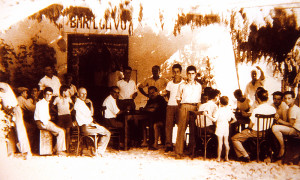 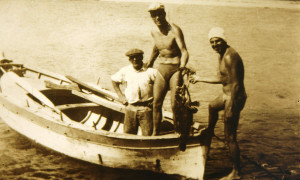 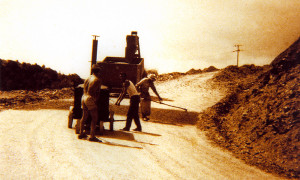 The first tourists
Until the 50’s we moved on foot, by donkey or by “Guzzo.” It took 4 hours for one way from Portoferraio to Fetovaia. The travelers arrived from the mainland to Portoferraio where they loaded their luggage into the car. After Colle Palombaia they were brought on a donkey to the beach. From there the journey continued on the “Guzzo” according to Fetovaia. Finally, the rest of the way on the road in Fetovaia, which was built in the late 50’s.

The road
In the period 1952-1963 the villages of the Costa del Sole were conected to the rest of the island. The people of Pomonte “pomontinchi”, leaded by her doctor, began to build the road Pomonte to Fetovaia. With the arrival of the street came the first adventurous tourists – a change began.

The granite
The granite is the story of the Costa del Sole. The granite has been exploited not only industry but also for art and architecture. Over the centuries, granite was also used for functional things for everyday or for decorative purposes. A ship could load 500 tons of granite from our quarries for the great works of urbanization in the capital and the northern cities. The “stonemason” had to go after his hard work in the quarry, to the vineyards because they had to be maintained.

Wine and wheat
The excessive fragmentation of ownership, the great distance of the winery to the vineyards, the poor mules had to walk the wineterrace, a hard life in a poor country, there the wine was only source of income and resources. The transport of wine from the cellar for the wine carrier ships was carried out with the donkeys that carried the wine in goat skin vessels.

The fishery
Even though the fishing has played a significant role in the nutrition, the Elbans have never been big fisherman.